I haven't done much exploring of Tashkent yet, and many times when I have wandered around the city I left my camera at home. So here are a few pictures. Then I did remember my camera when a group of us went to lunch, so you can see inside an Uzbek restaurant.

Uzbekistan has not often been united as an independent country. Until the Russian Tsar's invaded during the 19th century, each region of the country was governed by its own leaders from Tashkent, Samarkand, Bukhara, Khiva and other cities. In the thirteenth century Genghiz Khan united everything from Mongolia to Ukraine and further. Then in the fifteenth century the equally nasty but less well known Amir Timur (Tamerlane) reunited much of the region. Now Tamerlane's statue is in the central park where Karl Marx stood until a few years ago.

Now Tashkent is a city of 2.3 million people, the fourth largest in the former Soviet Union behind Moscow, St. Petersburg and Kiev. Much of the city was destroyed by an earthquake in 1966 and little remains of the old city. The new city has wide streets with only a few tall buildings, most built in the past twenty years. There is no single center as major buildings are scattered around the city.

Many of the buildings could have been built in any Soviet city. But here is a mausoleum that would not belong in Georgia or Moldova! 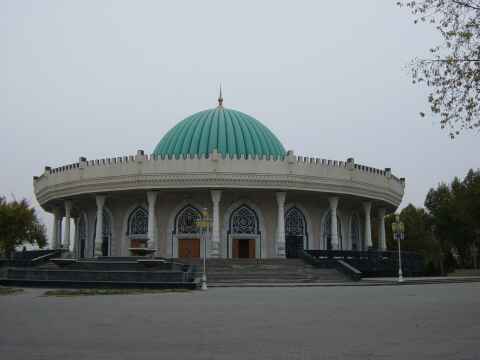 Tashkent has a Metro (subway) system that covers the central areas of the city quite well. The trains are fast, the stations clean and the price reasonable (about a dime). I hear that the trains are crowded during rush hour, but on weekends when I use them there is ample room. They come every five minutes and a clock tells you how long it has been since the last train left. The stations do not match Moscow's artistic showcases, but there was an attempt to make them spacious and to decorate them. You aren't suppose to take pictures in them, but I took one: 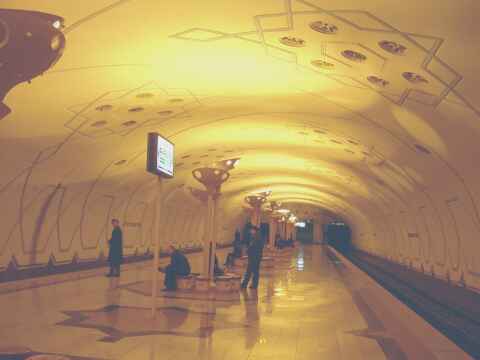 The Parliament is a modern building: 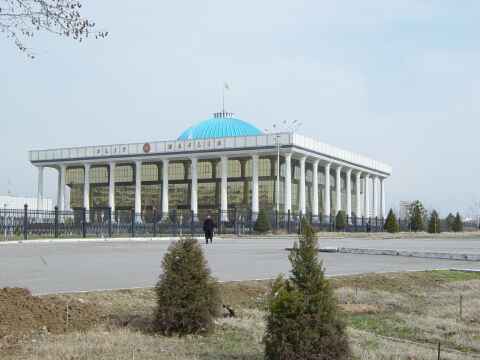 There are statues and sculpture all over the city. Here are two samples: 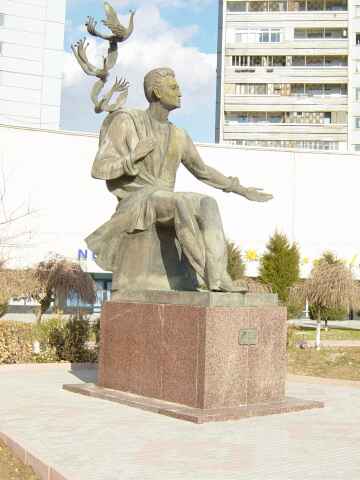 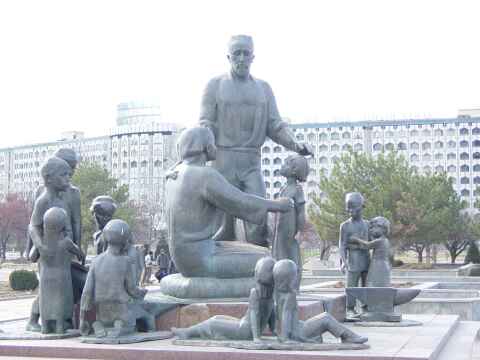 Most buildings are much more ordinary, built from concrete. This apartment building, near my house, is interesting only because someone chose to paint a mural high on its side: 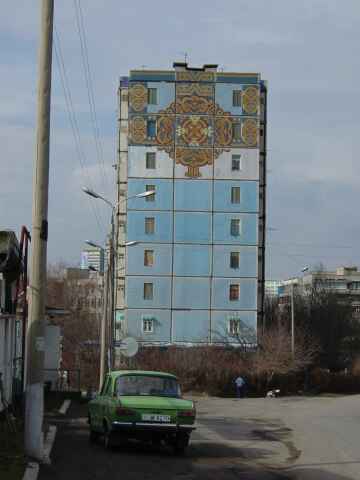 Usually I go to lunch with the local staff who are reluctant to spend more than $2 for lunch. But last Friday I went with two short-term advisors from our project and our driver to a more expensive restaurant: it cost almost $3 per person! From the outside it looked the same as the other restaurants on this street, with plov (rice pilav with vegetables, spices quali eggs and lamb) cooking in a huge pot on a fire and a wide assortment of kebabs: 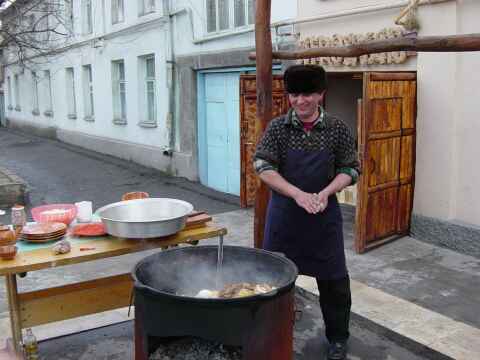 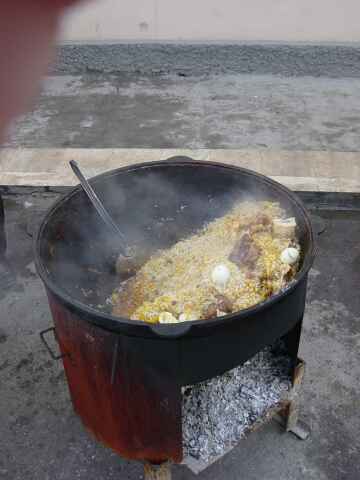 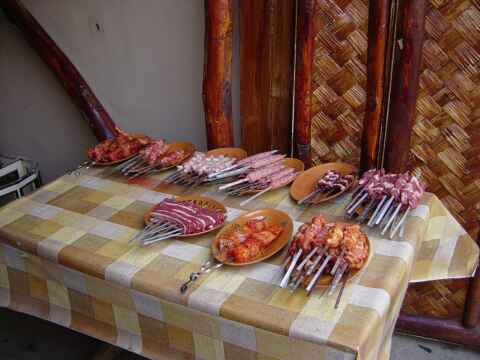 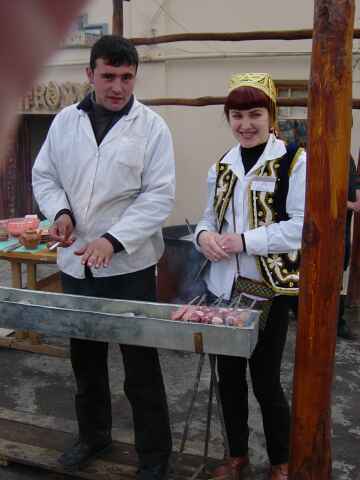 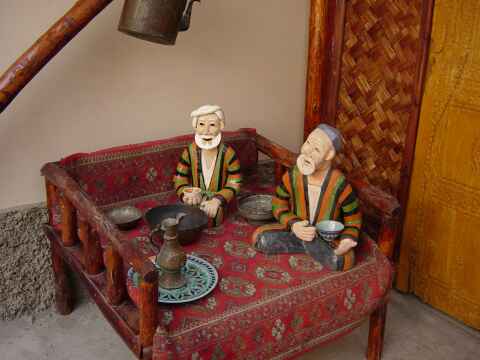 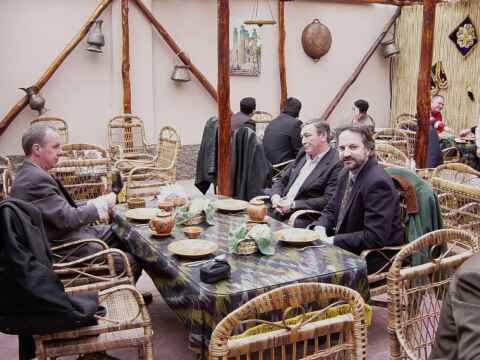